EU and US patents “Radiation detector and a method for producing a metal-carbon junction for a radiation detector” describe a novel carbon – metal sensor sensitive for UV, X and gamma radiation produced by Chemical Vapour Deposition (CVD) method. This sensor can be used on Earth for example in nuclear reactors industry and also in a cosmic space, where UV, X and gamma rays occurs, as a solar cell for space probes. In near future NASA, ESA and private organizations like Mars One are planning to build bases on the Moon and Mars. Because of vacuum conditions CVD method could be applied there without using complicated equipment like on Earth. Because of easy production big areas of Mars or the Moon could be covered by these solar cells. Also the patent could be used for solar power plants placed in orbit. 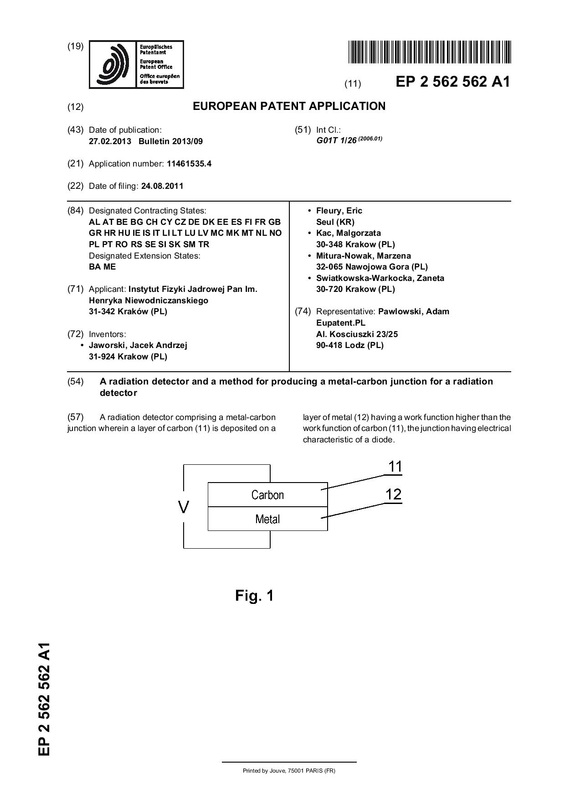 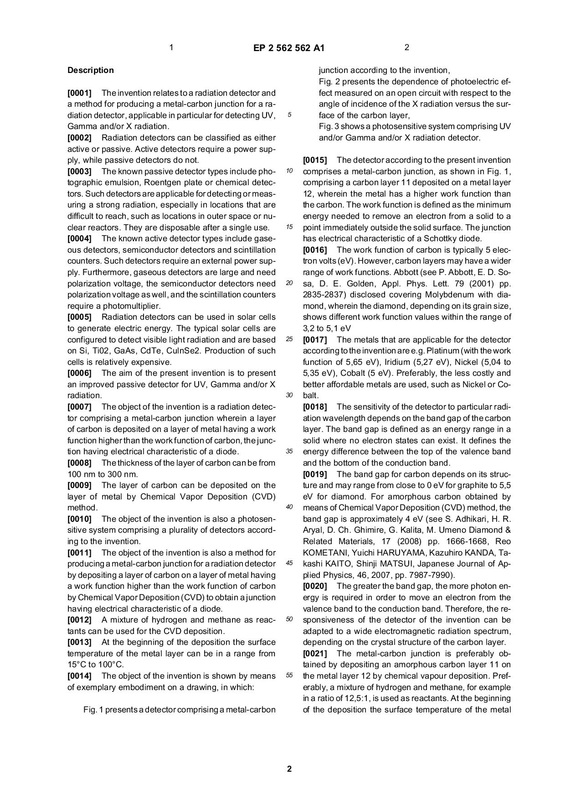 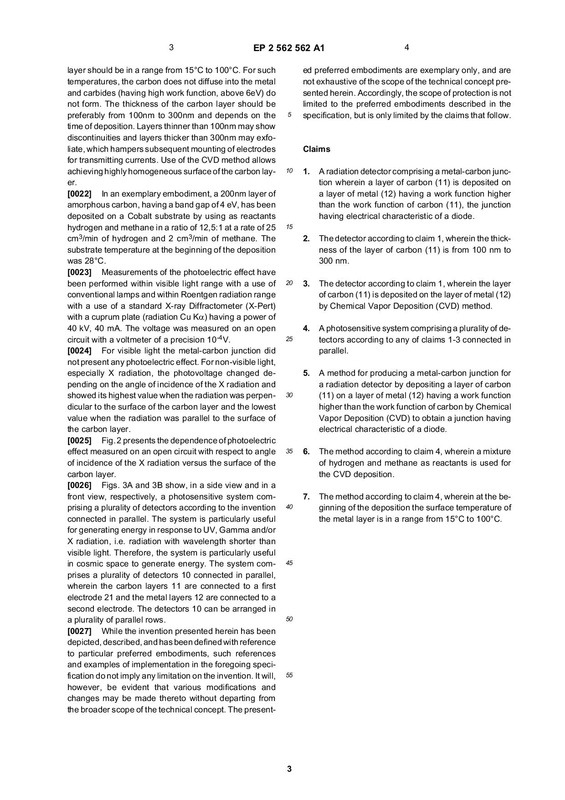 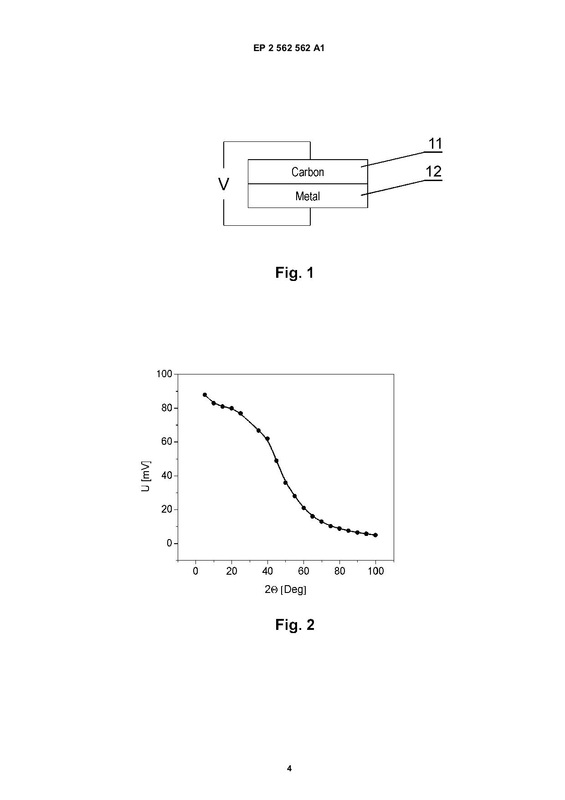 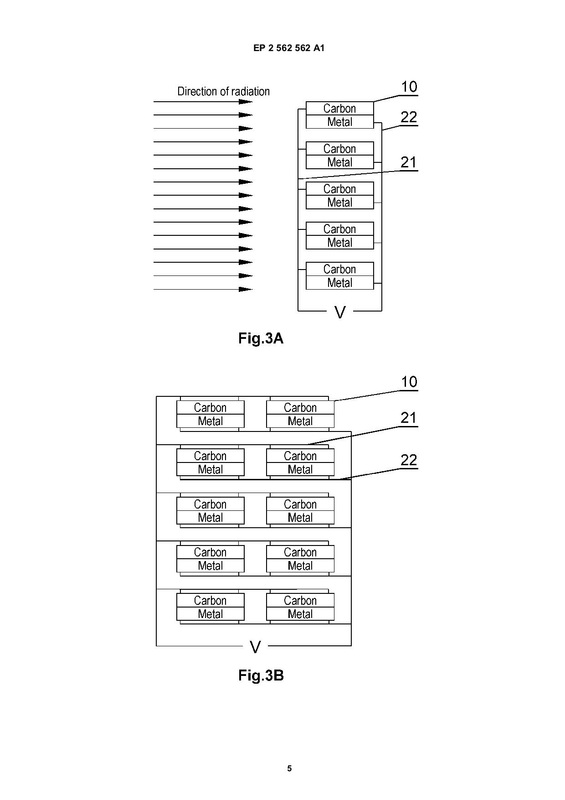